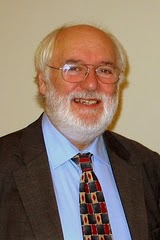 I was born in Galway, Ireland where I attended first Scoil Fhursa and then St Ignatius (Jesuit) College. My family moved to Cork in 1960 and I spent my last year at the Christian Brothers College in Mc Curtain street Cork (CBC).

I came to Dublin in 1963 where I met and married my wife Philomena. We have lived in Dublin since then and have been blessed with seven children and 16 grandchildren (so far). When I finished school I studied architecture through the professional institutions and I am a Member of the Royal Institute of Architects of Ireland (MRIAI). I also hold a BSc in psychology and political philosophy.

I currently lobby pro-life and pro-family issues at the United Nations in New York and Geneva and occasionally at the European Parliament and Council of Europe. I am a member of the pro-life, pro-family coalition operating within the international institutions and I am a consultant to the Society for the Protection of Unborn Children SPUC on UN and related matters.

Between 1978-85, as a married couple Philomena and I were involved in the presentation of Marriage Encounter Weekends and pre-marriage courses. We also represented Worldwide Marriage Encounter on a committee for the family in the Dublin Archdiocese. Between 1985-1988. I was appointed National Secretary and then President of the Catholic Secondary Schools Parents Association (CSPA). I have been lobbying pro-life issue at the UN for almost 10 years.

Publications:
1997: Anthology of pro-life verse
2000: Neart Report on the Convention for the Elimination of Discrimination against Women (CEDAW)