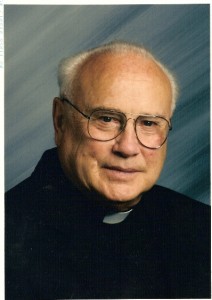 He attended The Catholic University of America in 1952 and received a Master's degree in Sociology in 1954 and a PhD in 1957.

When the abortion issue came to the fore in the 1960s, Fr Paul became actively involved in promoting life.

In 1981 Fr. Paul founded Human Life International in Washington, D.C., and served as its leader until 1999. For 40 years, he visited over 90 countries, founding local pro-life movements and exhorting local pro-life leaders to defend life from conception to natural death.

He became known as the "Apostle for Life" in the global pro-life movement. He founded the Population Research Institute in 1989. In a papal audience in 1979, Pope John Paul II told Paul Marx: "You are doing the most important work on earth."

Openly outspoken in defence of Pope Paul VI’s encyclical Humanae Vitae, he prophetically understood the underpinning role of contraception in unleashing the sexual act in all its forms outside marriage, as well as contraception’s link to euthanasia, the loss of Catholic faith and the demographic winter now enfolding the Western world.

Planned Parenthood, one of the world’s leading abortion / contraception advocates labelled him as "Public Enemy number 1”, a title he cherished.

Father Marx visited Ireland on a number of occasions and spoke at our national annual conferences in the late 1990s. He spoke mainly about chastity within marriage, the evils of contraception and the need for NFP promotion.

His passionate zeal and single-minded commitment gradually took its toll on his health, and he returned to the abbey in June 1999. Among the recognitions for his pro-life work were being named "Catholic of the Year" by the Catholic Twin Circle, receiving the Cardinal John J. O'Connor Pro-Life Award from Legatus (2003), and meriting the Family Life International-"Faithful for Life Award" (2004) and Human Life International's Cardinal Von Galen Award " . . . in defence of innocent human life" (2007). In 2001 Father Paul was recognised at the World Family Conference for his thirty-year commitment to the pro-life cause. Judie Brown of the American Life League said of Father Paul's uncompromising work in the defence of pre-born children: "The pro-life movement is alive and well today because we are standing on the shoulders of a giant - Father Paul Marx."

HLI (Ireland) are proud to carry on the vision of Fr Marx. May his soul rest in peace and may he pray for the fruitfulness and success of our work.

Words of Fr Paul Marx "HLI was one of the first voices to consistently proclaim that abortion is the fruit of contraception, that foresight contraception often leads to hindsight abortion, and that massive contraception has caused increasing abortion worldwide. Having visited and studied eighty-five countries, I challenge any bishop, priest, professor, or scientist to show me the contrary. Abortion is the end point of the abuse of sex, which begins with the unleashing of the sexual urge by contraception." -- The Warehouse Priest, page 262.