"I have set before you life and death, blessings and curses. Now choose life, so that you and your children may live and that you may love the Lord your God, listen to his voice, and hold fast to Him." Deuteronomy 30:19-20

A group of 40 men gathered in the car park at the base of Croagh Patrick at 11am. Their mission...to climb Croagh Patrick... Ireland's third highest mountain.

In its fifth year, the Annual Men's climb of Atonement seeks to highlight the role of men in the clash of the gospel of life and the culture of death. "For what we have done and for what we have failed to do"... to atone for the times that men failed to protect the women in their lives and make a stand for what is right.

To sustain them in this task they recited the 5 Joyful mysteries of the Rosary in a stone grotto enclosure.

Armed with a bottle of water in one hand and a rosary in the other they intrepidly made their way to the base of the mountain.

Two hours later, the first of the men reached the summit... 2,507 feet above sea level. The view of the surrounding countryside was spectacular. Thank God the weather was extremely kind with no rain in sight only the dampness of passing mist. 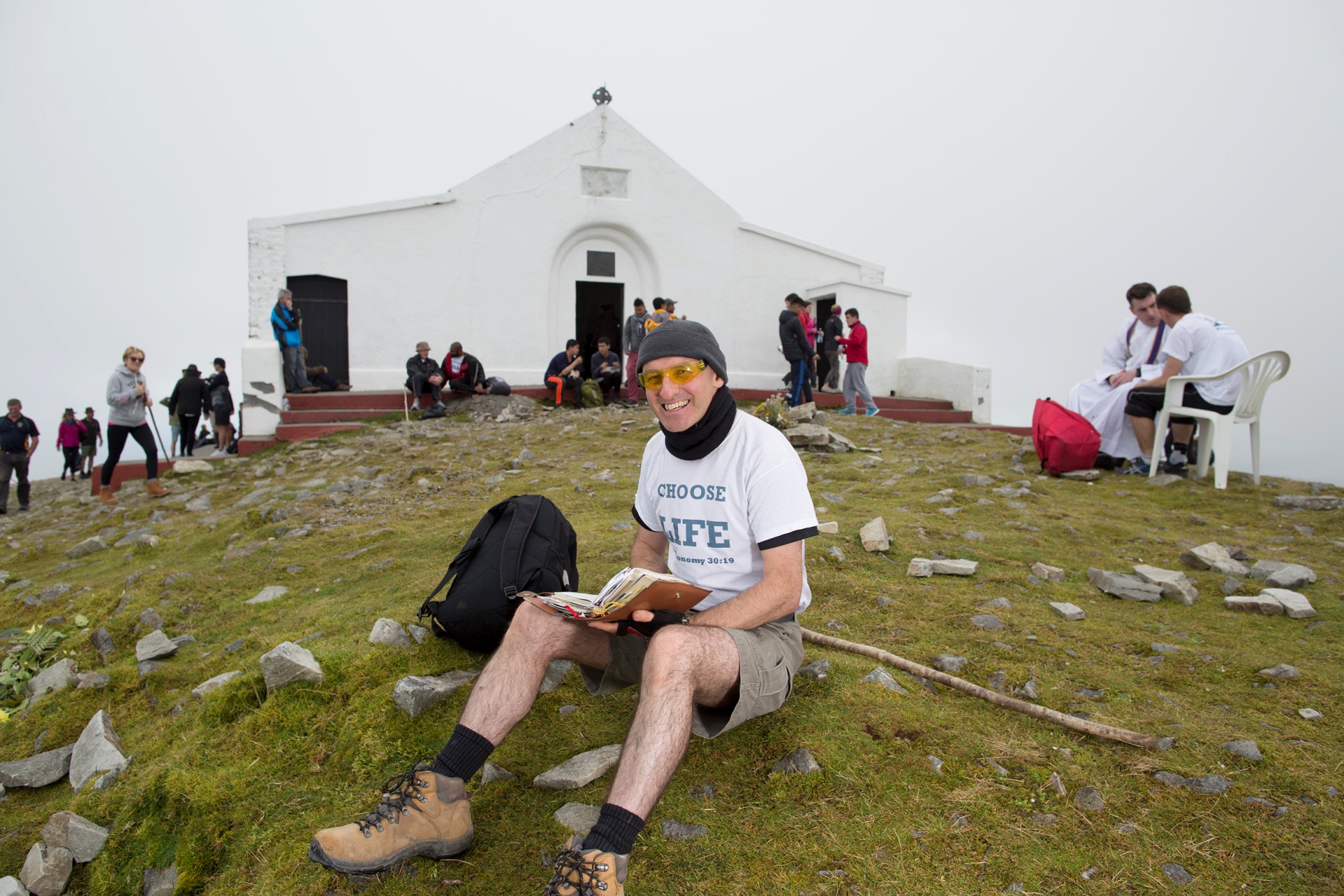 Time for reading and taking in the setting. Confessions were heard by priests who accompanied the group.

Mass then took place in the little white washed chapel shortly after 2. Standing room only, the faithful huddled together listening intently to the words of the priest.

After Mass, there was time for photos capturing the occasion for posterity. 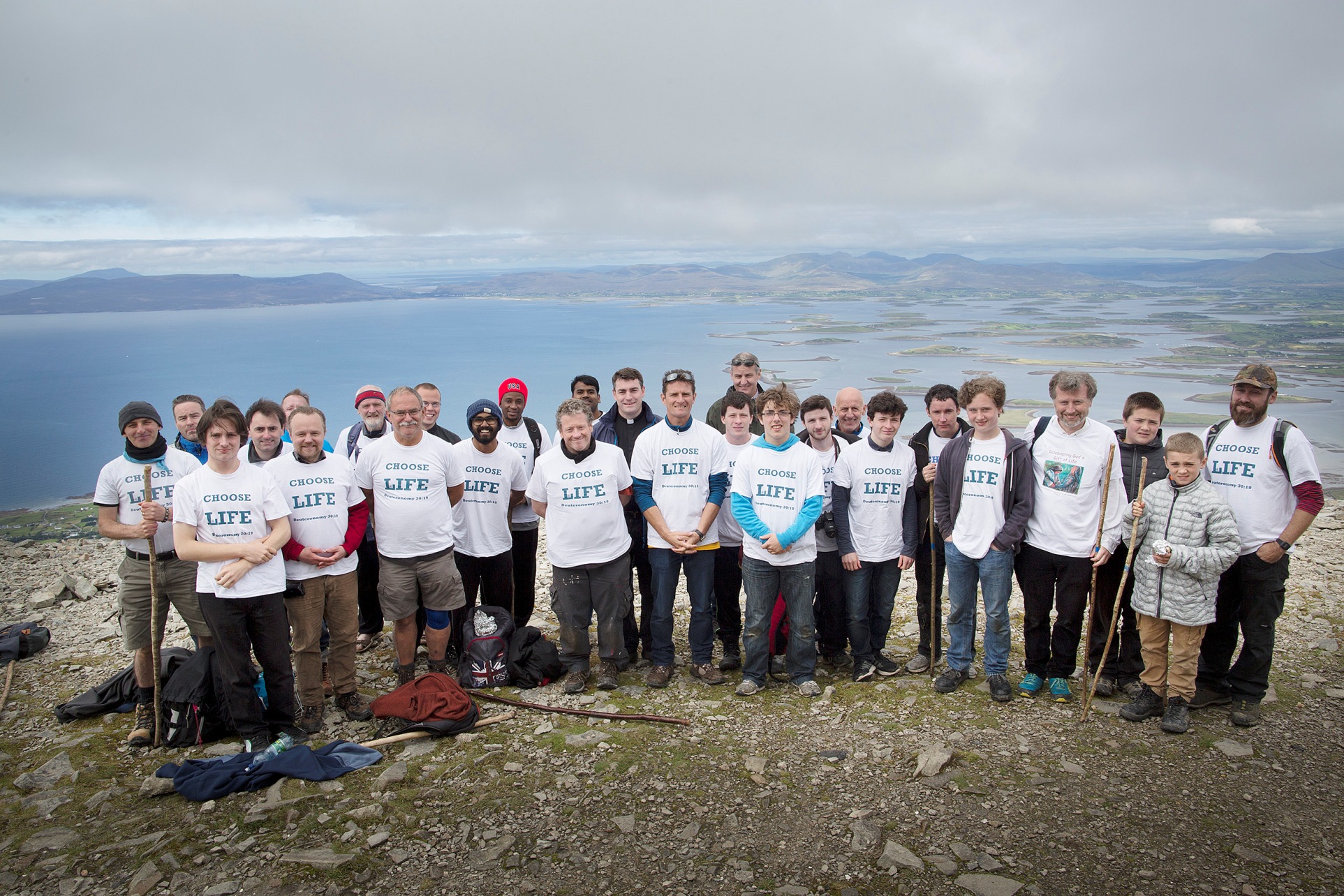 Then began the tricky descent down the mountain, concentration was required for every cautious step on the loose rocks. Wandering minds were brought back to the present moment when a foot slides.

There was some commotion a short distance behind - two sheep came bounding down navigating the rocky slopes with ease followed by an eager dog. Soon they were way off down the mountain in the distance. The humans took a considerable longer time to reach the base.

The group of tired men were met with smiling faces and pleasant aromas rising from under the gazebo. Sitting to rest tired feet and sore knees they readily got stuck into the hot stew and bread rolls prepared by Catherine and her helpers.

A tough but enjoyable climb was had by all.

View all posts by: Human_Life_International